How has acupuncture helped me?

RM was exhausted, mentally and physically. For three years he has been almost paralysed by tiredness and anxiety. After just one session of acupuncture, this has all changed for him.

This is his experience, in his own words…

“After three years of non-stop, intense stress because of a work situation, I had reached a point of such overwhelming tiredness and adrenalin overload that I was permanently exhausted. Even getting 8 or 9 hours sleep every night was not enough. I wasn’t sleeping well, and I was waking up shattered every day.  So much so that I would often have to go back to bed in the mornings or afternoons just to function normally. But no amount of sleeping was making any difference. On top of this, I was feeling foggy and listless and in a rut I couldn’t shift out of.

Two weeks ago someone suggested acupuncture and very kindly booked me in for a session with Pippa. 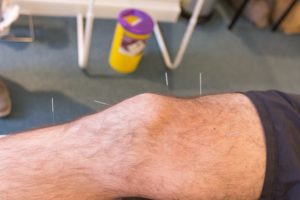 The Impact of Acupuncture

I have no idea how this therapy works, but it does. I have felt a significant improvement, even by the end of the first day. The next day I had so much energy I spent 6 hours digging out a pond in the back garden and then travelled into London for work. The next day I did a full day’s work as well. And I haven’t felt like I needed to sleep in the day since then. This is after three years of feeling almost paralysed by tiredness and anxiety.

This week I had a second session and, again, I’ve found my energy and ability to concentrate has continued to improve. I’m sleeping better as well. And my general mood has lifted. I’m feeling clearer. So I’m going to commit to another four sessions and see where that gets me.

I’m now quite fascinated by how the act of sticking a few needles into specific points of the body can have a dramatic and verifiable effect on someone’s mental and physical wellbeing.  And, again, I’m speaking as someone who’s spent three years feeling like they’re in a never ending tunnel of stress. So thank you Pippa, Amber Health and whoever invented acupuncture.”

Please note that the image used of acupuncture here is not from RM.

Nothing in this website should be taken as a claim to treat any specific condition. 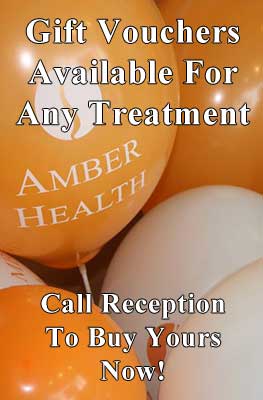 Amber Health Gift Vouchers are available to buy from reception for any of our treatments. An ideal present for friends or family for birthdays, Christmas or just to say thank you. Great for those who are hard to buy for…